The conclusions arrived in the earlier post on Art. 226 and 227 have been modified after some thought. Those interested may go through the same.
Posted by J.Sai Deepak at 1:01 PM No comments: 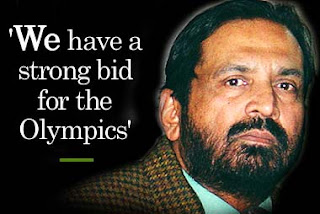 That establishment of higher standards in public life is a cause that I strongly believe in, is clearly reflected in an earlier post.


Although legislative cogitation alone cannot be a silver bullet in raising the bar in public life, it can, nevertheless, be employed effectively to prevent standards from plummeting. We already have Section 21 of the Indian Penal Code which defines “Public Servants” and spells out certain offences peculiar to this breed (“babudom”), besides the Prevention of Corruption Act (POCA), 1988 which builds on Section 21.
During my limited research on this topic, I also learnt that more than a decade ago in 1999, the Law Commission of India in its 160th report, under the Chairmanship of Justice Jeevan Reddy, had proposed a bill by the name “The Corrupt Public Servants (Forfeiture of Property) Bill”. The forwarding letter of the report states that the subject of the report was taken up by the Commission suo motu indicating the serious levels of decadence that had come to plague the Establishment and continue to make their presence felt in every sphere of public life.
The Commission acknowledges that the POCA too provides for forfeiture of property earned in excess of the income, but notes with dissatisfaction that forfeiture follows conviction of the offender. Instead, the report proposes to draw inspiration from the Smugglers and Foreign Exchange Manipulators (Forfeiture of Property) Act, 1997 (SAFEMA).
In justifying the need for the proposed law, the report quotes the Hon’ble Supreme Court’s observation from DDA v. Skipper Construction, a judgment delivered by Justice Reddy himself:
"... a law providing for forfeiture of properties acquired by holders of 'public office' (including the offices/posts in the public sector corporations) by indulging in corrupt and illegal acts and deals, is a crying necessity in the present state of our society. The law must extend not only to — as does SFEMA — properties acquired in the name of the holder of such property but also to properties held in the names of his spouse, children or other relatives and associates.


Once it is proved that the holder of such office has indulged in corrupt acts, all such properties should be attached forthwith. The law should place the burden of proving that the attached properties were not acquired with the aid of monies/properties received in the course of corrupt deals upon the holder of that property as does SAFEMA whose validity has already been upheld by this Court in the aforesaid decision of the larger Constitution Bench.


Such a law has become an absolute necessity, if the canker of corruption is not to prove the death-knell of this nation. According to several perceptive observers, indeed, it has already reached near-fatal dimensions. It is for the Parliament to act in this matter, if they really mean business."
The report is very candid much to one’s surprise for it notes thus:
“When a public servant is paid bribe of, say, a lakh of rupees, it is paid for the reason that the payer gets at least 10 times the benefit, if not more, and that benefit is the loss of the State and the people........ There is no respect for public money and public funds in the minds of many in the administration; public money is nobody's money.”
On the state of affairs where politicians are involved, it says:
“The Prevention of Corruption Act has totally failed in checking the corruption. In spite of the fact that India is rated as one of the most corrupt countries in the world, the number of prosecutions — and more so the number of convictions under the said Act is ridiculously low. A corrupt minister or a corrupt top public servant is hardly ever prosecuted under the Act and even in the rare event of his being prosecuted, the prosecution hardly ever reaches conclusion.”
As for the inadequacy of the existent framework, it notes that although forfeiture of property is not a new feature in Indian penal law, such forfeiture comes only after conviction. Therefore, the report opines that the measures proposed in SAFEMA must be adopted to tackle corruption as well.


SAFEMA reverses the burden of proof on the offender wherein he has to show how the property forfeited was not obtained through ill-gotten wealth. This extends to his relatives as well and the word “relative” has been defined broadly to include all “near relatives”.
Further, the report introduces the concept of implied trust and breach of trust from a different perspective- according to it, the property bought by the offender using the bribe paid to him in lieu of breach of his duty belonged to the State in equity.
Incorporating the above features, the Bill proscribes holding or possession of properties acquired through illegal means. A Competent Authority is identified which has the power to call upon a person to account for the property, regardless of it being situated within or outside India.


Further, the Authority has the power to seek disclosure of information from any authority, bank or organization and failure to do so would attract punishment. The Authority is also vested with certain powers of a Civil Court.
The power to attach property pending proceedings is the highlight of the Bill. The Bill bars jurisdiction of Courts with regard to grant of injunctions against the Authority but clarifies that Article 226 is still open to the aggrieved party.
Interestingly, the report notes that no party had objected to any provision of the Bill, and yet one wonders why the Bill has not become an Act.
Will the powers that be move their celestial derrières and bring this Bill back into the spotlight?
Posted by J.Sai Deepak at 2:05 AM No comments:

In an earlier post, I had discussed the scope of revisionary powers of the High Court under section 115 of the CPC. I concluded the post raising the issue of a remedy against the rejection a revision application by the High Court wondering which of the two Articles (226 and 227) would suit the purpose. The relevant portion of the post reads thus:
“Can the decision of a High Court in a revision application be challenged? If yes, how? A decision or order of the High Court in a revision application is not an appealable order under Order 43 of the CPC nor can it be appealed as a decree (under Sections 96 or 100) because the order of the High Court in the revision application is not a decree. Therefore, for a remedy against the order of a Court under Section 115, one has to look beyond the CPC. This would mean the Constitution, but would it be Article 226 or 227?
Article 227 vests the Court with supervisory jurisdiction which it can exercise over subordinate Courts. Since we have already concluded that the High Court is not subordinate to itself, I am assuming Article 226 would be the right provision to invoke in such situations. Of course, I am not very sure of this conclusion, but it seems plausible.”
The question itself has a flaw because instead of seeking a remedy from the rejection of the revision application, one must look for an alternative to the revision application, which may be used despite the rejection of the revision application. To rephrase the question accurately now, one must ask if a writ under Articles 226 or 227 may lie from the order of a subordinate Court after the rejection of a revision petition under Section 115 of the CPC?
The answer is in the affirmative, but which of these is technically the correct provision to be invoked needs to looked into carefully since Courts have often used them interchangeably, and have blurred subtle yet definite distinctions between the two. A 2003 judgment of the Supreme Court compares the two Articles to explain the powers vested in a High Court under each of them.
I am still not clear in my own head, which explains all the more why one needs to think it aloud. The Court in this case has drawn from several sources, commentaries and judgments, to understand the scope of Art.226. The Court observed that a writ of certiorari is but one of the writs that may be issued under Art.226. This writ is employed to keep authorities and Courts subordinate to a High Court within their limits.
This writ may lie from the order of any authority where the authority in question has acted in a judicial or quasi-judicial manner. Further, the Court plays a supervisory role and not an appellate role, therefore it cannot embark on reviewing findings of fact unless there’s a patent error i.e. error which is grossly against the provisions of law. The Court’s primary function is to set right jurisdictional wrongs and to verify if principles of natural justice have been observed where the Court has rightly seized itself of the matter.
In contrast, Art.227 is wider in scope in that it is not bound by technicalities which limit the working of Art.226. Art.227 vests the Court with the power of superintendence which exists independent of its revisional powers under any other law (i.e. CPC). While Art.226, which is the Original jurisdiction of the High Court, may be set into motion only by a party, Art.227 gives a High Court power to call for records suo motu. It can be invoked regardless of a possible alternative to the High Court in the form of an appeal or revision.
Under Art.226, the Court may merely quash the order of the sub-ordinate Court, whereas under Art.227, the Court may direct the sub-ordinate Court as to its proper course of action or may pass an order which replaces the subordinate Court’s order. This explains why a High Court, under Art.227, exercises powers which are similar to appellate powers and hence uses it in parsimony. Only if an appeal is proved to be less efficacious than a writ under Art.227, may the Court entertain such a petition.
That said the situations where Art.227 may be validly raised are similar to the specific situations where a revision may lie before a High Court under section 115(1). This answers our question- when a revision petition is rejected by a High Court, a party may choose to file a writ under Art.226 or a petition under Art.227 depending upon the kind of relief he seeks to elicit from the Court. If he wants the Court to merely set aside the order of the subordinate Court, he may file for a writ of certiorari under Art.226, however if he wants the Court to re-appreciate the case on merits, legal not factual, and chart a course for the sub-ordinate Court, he may file a petition under Art.227.
Posted by J.Sai Deepak at 6:15 PM 9 comments: