Verification of Pleadings: Is It a Mere Formality? 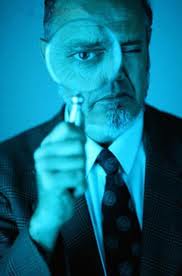 I have sometimes wondered at the significance of the verification paragraph in pleadings. Turns out that improper verification has been the subject of deliberation of many a judgment. But first, where is the requirement of verification found in the CPC?

Verification is required for pleadings, so it would be logical to look in the Order which deals with pleadings-namely Order 6.

Has the word “pleading” been defined in the CPC? Yes. Order 6, Rule 1 states in no uncertain terms that “Pleading” shall mean plaint or written statement. Verification of pleadings has been specifically dealt with in Order 6, Rule 15.

Rule 15(1) requires every pleading to be verified. But who can verify the pleadings? A party or one of the parties or anyone who is acquainted with the facts of the case may verify the pleadings. Since verification is required only for pleadings, and pleading means either the plaint or the written statement, it explains why there is no verification paragraph found in interim/miscellaneous applications, including applications for interim injunction.

Does every pleading need to be specifically verified? No. Rule 15(2) allows pleadings to be referenced by Paragraph numbers.

Are there categories in verification of pleadings? Yes. The first category is those pleadings which the deponent verifies on the basis of his knowledge.

If there is evidence to show that the deponent had no reason to believe the information received as true, then he is liable for perjury.

In addition to the verification paragraph, Rule 15(4) also requires the deponent to furnish an affidavit in support of his pleadings. This is further required by Section 26(2) of the CPC which deals with institution of suits. Section 26(2) requires facts in every plaint to be proved by an affidavit.

Does this mean that if an affidavit under Rule 15(4) has not been annexed to a plaint, the plaint is liable to be returned under Order 7, Rule 11? This question was answered by the Calcutta High Court in the negative.

Further, the Court held that non-filing of an affidavit under Rule 15(4) is a curable defect and non-filing by itself does not make the suit non est (non-existent).
Posted by J.Sai Deepak at 12:49 PM