Is a Court the Best Forum to Decide Patent Infringement Suits? 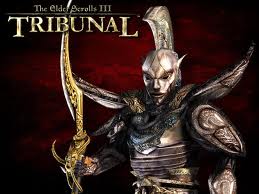 Increasingly, I get the feeling that probably Civil Courts are not the best fora for patent matters. There are a host of reasons for holding such a view. The fact that Courts do not have the time that patent matters demand and deserve is just one aspect of the issue.
Even if Courts did have or make the time for patent matters, do they have the requisite training to adjudicate patent suits?
This is not intended to denigrate any particular class of people or to take a condescending stand on the existing framework. I see this as an issue which needs to be addressed as early as possible in fledgling patent regimes like India, which can avoid going through the trial-and-error journey of other evolved regimes.
Patent matters require the adjudicator to possess three different kinds of training:
1. He must understand the history of the subject, its practice and its importance to the innovation community
2. He must be fairly at ease with the area of technology an invention relates to
3. He must possess considerable knowledge of application of the law in general, and principles of procedure/conduct of Court proceedings.
Assuming that the first and the third criteria are satisfied by an individual, it would be humanly impossible to expect him to be at ease with diverse branches of technology. Such being the case, how can one with negligible or no training in science preside over patent matters?
Would it not be better to instead tribunalize patent law? Why should the Intellectual Property Appellate Bard (IPAB) be vested with powers to decide only matters of patent validity? Would it not help to vest the IPAB with the power to entertain patent infringement suits as well?
Tribunalization has served us well in niche areas of the law such as Telecommunication law (matters under TRAI are handled by TDSAT alone), company law and taxation law. In each of these branches of law, original jurisdiction is vested with the respective tribunals, with appellate tribunals entertaining appeals from the decisions of the tribunals.
In these areas of practice, Civil Courts do not have any kind of jurisdiction, except the plenary writ powers of High Courts under Article 226 of the Constitution.
Why should we not create such a structure for patent law? The composition of a three-member tribunal could be as follows:
1. The Chairman of the tribunal could be a retired High Court Judge or a patent practitioner with 10 or more years of practice behind him.
2. One member can be a retired Controller of Patents or a patent examiner with 5 or more years of experience at the Patent Office.
3. The other member would naturally be a technical member who can be selected depending on the area of technology in question. Just as the Patent Office has drawn up a list of scientific advisors under Section 115 of the Patents Act, a similar list of technical members too can be maintained who can be called upon to co-adjudicate patent matters.
One of the positives of such a framework could be the simultaneous adjudication of the issue of validity and infringement by the same forum, instead of a futile bifurcation which is possible under the current framework. I am not the first person to discuss the problems with “bifurcated patent litigation”. The issue has been discussed earlier in other regimes as well. In December 2010, two patent practitioners from Korea, Seong-Ki Kim and Kee-Hyo Kim, had expressed similar thoughts in an article published in MIP.
Also, the constitution of a tribunal ensures that procedural issues which consume precious time in Courts, can be done away with ease, and greater attention may be focussed on the merits of the case.
Not just that, today it is possible for parties/counsels to fib around in Courts on patent procedure because Courts aren’t very familiar with the practice of the patent office.  This kind of loose talk would be reduced to a minimum since the tribunal will have a member who has first-hand knowledge of office practice thanks to his experience.
Appointment of subject-specific technical members ensures that we don’t cut the head to fit the hat, i.e. standards applicable to one area of technology should not be force fit in other areas where definitions, metrics and indices differ. A classic example would be the debate on circumscribing the meaning of “efficacy” in the debate on Section 3(d) of the Patents Act.
Creation of such a tribunal will also ensure that evolution of patent jurisprudence/policy in India is contributed to by people who know what they are talking about, and whose opinions on the subject are grounded in their training in science/technology.
I shall continue with a few more thoughts on these lines in the next post.
Posted by J.Sai Deepak at 7:30 PM