Inconsistency in the Designs Act: Real or Perceived? 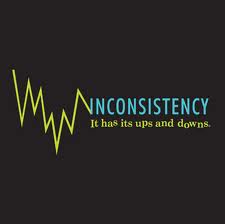 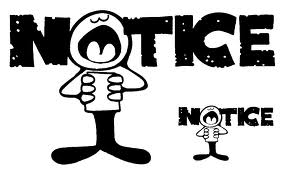 Last Friday, the Supreme Court issued notice in a Special Leave Petition that was filed by an opponent in post-grant opposition. The facts of the case in brief are as follows:
1. M/s IPCA Labs was granted a patent 211104 by the Mumbai Patent Office in 2008 for “An Improved Industrial Process for Manufacture of Metoprolol Base and Salts thereof”.
2. M/s Polydrug Labs filed a post –grant opposition to the grant of the patent under Section 25(2) of Patents Act, 1970. The evidence supporting the opposition was filed along with the opposition itself.
3. Subsequent to the filing of the post-grant opposition, the patentee IPCA labs filed the counter-statement to the opposition along with its own evidence.
4. The Opponent sought extension of time from the Patent Office to file evidence in reply to the evidence filed by the patentee. (Rule 59 of the Patent Rules permits the Opponent to file reply evidence)
5. Extension of time was sought by the Opponent in Form 4, instead of under Rule 138 of the Patent Rules. Extension of time by filing Form 4 is applicable only in limited circumstances, and is not the appropriate form for seeking extension in an opposition proceeding. However, the cover letter filed by the Opponent along with the Form 4 made express mention of Rule 138.
6. Subsequently, a petition under Rule 137 was filed by the Opponent to condone the error created on account of filing of Form 4.
7. The Patent Office refused to accept the application for extension of time as well as the evidence in reply that was filed by the Opponent on grounds that there is no extension of time possible in filing of reply evidence. In other words, according to the Patent Office, the provision for extension of time under Rule 138 was not available for filing of reply evidence under  Rule 59 in an opposition proceeding.
8. Further, the Patent Office took the view that it had no power under Rule 137 to condone the Opponent’s error in filing Form 4 instead of a petition under Rule 138.
9. Even in the review petition filed by the Opponent under Section 77, the Controller took the same view. The opponent filed a writ before the Bombay High Court against the order of the Controller, which was dismissed on grounds that the writ was premature.
10. The Opponent filed a Special leave Petition against the dismissal of the writ by the Bombay High Court in which the Supreme Court admitted the SLP and issued notice to the IPO.
A clear reading of Rule 138 makes it apparent that extension of time under the Rule is available in every situation except those which are specifically precluded from its applicability, namely Rules 24B, 55(4) and 80(1A). In all other situations, including an extension sought for filing reply evidence under Rule 59, the Controller has the power to extend time.
Further, by now, thanks to a decent number of decisions on Rules 137 and 138, it is clear that Rule 137 vests the Controller with broad powers to condone procedural irregularities, like the one in the instant case.
Posted by J.Sai Deepak at 8:53 PM No comments: Links to this post 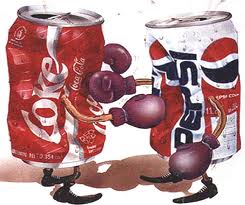 A random thought crossed my mind a few days ago during the course of a conversation with my friends. The thought was in the form of an advertisement for Pepsi, which goes something like this:
There are a bunch of teenagers having dope/cocaine in a rave party at a farmhouse in Pune. Indra Nooyi, the Chairman and CEO of Pepsi Co, walks into the farmhouse and snatches the cocaine from the hands of the teenagers and thunders:
“Say No to Coke, Say Yes to Pepsi! Say No to Death, Say Yes to Life!”
Would this hypothetical commercial attract an action for commercial disparagement against Pepsi by Coca Cola? Would the use of “Coke”, given the context in which it is used in the advertisement, provide Pepsi with an adequate defense against the allegation of commercial disparagement?
Or would a court take the view that the use of “Coke” in the commercial would inevitably lead viewers to relate the word to Pepsi’s competitor Coca Cola, and hence hold the advert as an act of disparagement?
Is it justified to postulate that merely because Coca Cola happens to be a competitor of Pepsi Co, the use of the word “coke” to refer to cocaine, isn’t available to Pepsi Co?
I would like to know the views of our readers on the possible arguments and counter-arguments.
Posted by J.Sai Deepak at 10:27 PM 1 comment: Links to this post 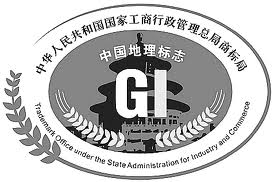 The Indian Patents, Designs and Trademarks Office has published the Draft Geographical Indications Manual. Comments and suggestions on the contents of the manual may be mailed to sukhdeep.ipo@nic.in by April 20, 2011.
Posted by J.Sai Deepak at 2:03 AM No comments: Links to this post

Connecting Compulsory Licensing and “Recentness” of a Patent

Section 84 of the Patents Act deals with compulsory licensing mechanism. Sub-section (1) of the provision reads as follows: