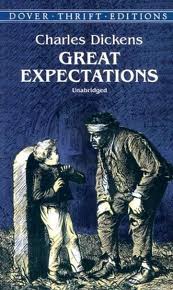 
But as Courts go, specific precedents are important (I personally would go more by logic and facts, than be bound fastidiously to or by precedents). One prominent case on this doctrine is the judgment of the Apex Court in Bannari Amman Sugars v. Commercial Tax Officer (JT 2004 (10) SC 500).


The facts of this case are as follows:


1. The appellants challenged the legality of a Government Order numbered 989, dated 1.9.1988 which directed the discontinuance of purchase tax exemption in case of mills which exceeded the limit of Rs.3 Crores during the period of 5 years.


3. Writ petitions were filed by the Appellants before the High Court challenging the GO and the letter, subsequent to which they were transferred to the Tamil Nadu Special Taxation Tribunal on its constitution.


4. The Tribunal held the GO and the letter to be violative of the doctrine of promissory estoppel and legitimate expectation.


5. The High Court reversed the finding of the Tribunal. Hence, the appeal before the Supreme Court.


The primary arguments submitted by the Appellant are as follows:


1. It contended that the retrospective application of withdrawal of the purchase tax exemption was directly at loggerheads with DOLE.


2. It was the case of the Appellant that the material submitted before the Court to prove public interest in the withdrawal of the tax exemption was not disclosed or relied upon in the pleadings nor were they shared with the Appellant.


The gist of the State’s counter to these arguments is as follows:


1. The Appellant had failed to establish that the tax exemption offered by the Govt. had induced the Appellant in setting up any business or enterprise.


2. Also, the counsel for the State pointed out that the exemption was offered only to co-operative and public sector sugarcane industries in the form of an annual subsidy equal to the amount usually charged as purchase tax. Since the Appellant did not fall under either category, it was not entitled to the exemption in the first place.


4. Further, according to the State, no benefit is intended or can be expected to last in perpetuity, so merely because a benefit had been extended, its retraction by the Govt at a later point of time cannot be said to attract DOLE.


5. Besides, any such exemption can be legitimately revoked on grounds of public interest, such as loss of valuable tax revenues or dire need of such revenues to maintain the Govt’s machinery.


The long and short of the State’s counter was that a certain promise made by the Govt/ can be legitimately changed if such change is imperative in light of altered circumstances. From these arguments, the core logic behind DOLE comes out to a very large extent.


I think the doctrine of legitimate expectation, only on the face of it, is an English import. Its genesis and application in England was and is easier thanks to the absence of a written Constitution. But in the Indian context, it must be seen as a home-grown extension of the applicability of doctrine of promissory estoppel, enshrined in Section 115 of the Evidence Act, 1872, to public-private relations, better known as the realm of public law.


Although it has the effect of toning down the formal rigours of Article 299 of the Constitution, which requires execution of Government contracts by the President of India, it is, nevertheless, a principle of equity and fairness justifiably read into the Article, whereby the Executive is held accountable to any promise made by it in any form, which induces or has the effect of inducing any reasonable member of the public into undertaking a certain action or enterprise, which action or enterprise would be to the member's detriment in the absence of such an Executive promise.


Simply put, the doctrine mandates that the Executive keeps its word to the public or a particular class of the public.


This is the sum total of the logic adopted by the Supreme Court to elaborate on DOLE. The Apex Court started off by tracing the origins of DOLE from the case of Central London Property Trust Ltd. v. High Trees House Ltd. (1947). Explaining DOLE, it stated thus:


“Where one party has, by his words or conduct, made to the other a promise or assurance which was intended to affect the legal relations between them and to be acted on accordingly, then, once the other party has taken him at his word and acted on it, the party who gave the promise or assurance cannot afterwards be allowed to revert to the previous legal relationship as if no such promise or assurance had been made by him, but he must accept their legal relations subject to the qualification which he himself has so introduced, even though it is not supported in point of law by any consideration, but only by his word. But that principle does not create any cause of action, which did not exist before; so that, where a promise is made which is not supported by any consideration, the promisee cannot bring an action on the basis of that promise.”


The above underlined portion appears somewhat contradictory because the promise made, and its subsequent renegation by the promisor i.e. the State, forms the basis of writs filed in such cases. If there can be no cause of action arising from the State’s denial of such a promise, then does it not become a mere privilege extended by the State at its pleasure?


Isn't this what we often refer to as arbitrariness since Executive decisions can be anything but arbitrary, and their application or revocation cannot be subject to the vagaries of the Executive’s fickle mood. But the Court explained in the later part of the judgment that this was not so.


It went on to explain the origins of the desi avatar of DOLE; it referred to its own decision of 1968 delivered in the case of UOI v. Indo-Afghan Agencies Ltd. In this case, it was held that although Section 115 of the Evidence Act, which speaks of promissory estoppel, is not applicable in cases like these, a party could still expect the Govt to make good on its promise, even if such promise was not made in the manner required by Article 299.


In short, the Court was of the opinion that DOLE is neither in the realm of contract nor completely in the realm of estoppel, but is more in the nature of a principle of equity whose purpose is to serve the ends of justice/public interest by adhering to the spirit of the law sans its formal rigours.


Applying this to the facts of the case at hand, it said no vested right towards receiving tax exemption was created. The exemption was a mere concession which no reasonable man can expect to continue for eternity. DOLE could have been invoked had the enterprise of the Appellant been established based on the representation of the Govt.


The Court further clarified that DOLE may alone be sufficient to establish locus standi in a given case despite the absence of a substantive statutory or constitutional right. In a way, according to Court, this widened the envelope of judicial review whereby policy decisions, which were considered sacrosanct and free from judicial review, could be reviewed and even chastised, albeit to a limited extent.


Explaining the observation in the High Trees case, the Court said that DOLE did not guarantee an immediate relief or even, for that matter, a very sure ground for a claim, but only made it incumbent upon the Executive to justify its policy flip-flops.


In other words, the Court admitted that DOLE still did not permit the Judiciary to question the logic behind Executive’s policy choices, but only allowed it to haul up the latter when it displayed signs of arbitrariness in implementing such policies. Therefore, according to it, DOLE is a corollarial construction of the essential requirement of fairness embedded in Article 14.


On the basis of these reasons, the Court held that the Appellant was not entitled to claim application of DOLE in this case, but the Court did remand the case back to the High Court on technical grounds saying the HC had considered material which was only produced before the Court but was not pleaded by the State.


This judgment is a must read for all those who intend to understand administrative law better. It does have a Krishna Iyer-esque quality to it.


As regards DOLE, the doctrine may be seen as yet another tool of judicial hyper-activism by the school of Constitutional law which swears by strict interpretationism, however, so long as it does not have the effect of unduly undermining the written word of the Indian Constitution, and furthers the cause of public interest, it must be welcomed with open arms to instil a sense of responsibility and accountability in the decisions of the Executive.
Posted by J.Sai Deepak at 1:10 AM