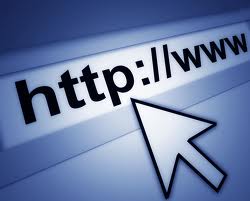 A close friend and a confidante of mine passed on this judgment delivered by the UK High Court of Justice (Chancery Division). This judgment will be discussed in this post and the next.
The judgment, regardless of its ability to justify the Court’s stance on the core issue of jurisdiction, is a must-read for litigators, more so for IP litigators. I say this because, seldom do we come across pleadings in India where sufficient attention has been paid to the issue of jurisdiction.
This may be because, although there are quite a few Indian judgments on jurisdiction, Courts in India tend to take only a broad stab on the issue without actually taking Plaintiffs to task. In that sense, I think this judgment gives valuable tips on how must the cause of action be pleaded in sufficient detail to establish jurisdiction of a Court.
I’ll deal with the facts of the case only to the extent to which they are needed for this post.
The Plaintiffs in the case were UK-based entities, and both Defendants were entities foreign to the UK, one German and the other Swiss, the Swiss entity being the parent company of the German entity.
The Plaintiffs owned an online database “Football Live”, which provided statistics on football matches held by other co-Plaintiffs. The German defendant too ran a competing service called “Sports Live Data”; the Plaintiffs’ grievance was that certain entities, which were UK-based, provided links to the site of the German Defendant.
The German Defendant’s site in turn had pop-up windows that contained match statistics, which the Plaintiffs alleged infringed their copyright and database right.
What is to be noted here is that the UK entities, which provided links to the site of the German Defendant, were not impleaded in the suit.
The primary questions before the Court were:
1. Had the Plaintiffs sufficiently pleaded the act of authorization of the infringement by the Defendants?
2. Was the Swiss parent company a necessary or even a proper party by virtue of it being the parent company of the first defendant/German entity?
3. Had the Plaintiffs made out a case establishing jurisdiction of the English Court, considering that both defendants were non-English entities? This required the Plaintiffs to establish there was indeed a “good arguable case” that the Defendants had “made available” the copyrighted content of the Plaintiffs.
“Authorization”
It was the Plaintiffs’ case that although the Defendants themselves did not reproduce the copyrighted content, they had “authorised” such reproduction. That said, if authorization had not been pleaded in the statement of claims, there could have been no cause of action disclosed against the Defendants.

At the outset, the Court considered it trite to state that the act of authorization need not have occurred in the UK, so long as the act so authorised has been committed in the UK and is an infringing one.To decide if authorization had been pleaded, the Court referred to Para 37 of the Plaintiffs’ statement of claims, which read thus:
“From a date presently unknown to the Claimants but prior to the issue of the Claim Form in these proceedings, the Defendants have used the whole or a substantial part of Football Live, without the consent of the Claimants or any of them. Pending disclosure and/or evidence, the Claimants rely on the following facts and matters:
(i) The reproduction of data from Football Live on pop-up windows hosted on the Defendants' Website which are linked to from the Bet365 Website and the Stan James Website, during the 2008/2009 and 2009/2010 seasons. These pop-up windows appear when the "Live Score" option on the Bet365 Website and the Stan James Website is clicked on.[Screen prints of the windows from the two websites are then attached and referred to]. These screen prints show examples of the data displayed (at the end of each game) in relation to all of the games played in each of the Leagues, on the relevant dates. The data which is displayed for each game is left on the Defendants' Website until the end of the day on which the game is played.
(ii) By way of further illustration, attached as Annex 4 is a table showing the extent of types of live data displayed…
(iii) By reason of the matter is aforesaid, it is to be inferred that the defendants reproduce and/or authorise the reproduction of the following events for every game in every League…(a) goals; (b) goalscorers (shown by the player's name, and a football icon); (c) own goals (shown by the player's name followed by "(og)" and a football icon); (d) penalties (shown by the player's name followed by "(pen)"; (e) yellow cards (shown by the player's name, and a yellow card icon); (f) red cards (shown by the player's name and a red card icon); and (g) substitution (shown by the names of the players coming on and off, and an icon comprising two circular arrows). …
(iv) By reason of the matters aforesaid, it is to be inferred that the Defendants reproduce and store all of the aforesaid data in an underlying electronic database.”
(v) The Defendants' Website states that the Defendant has been operating an "in-house Live Score service" since February 2005. In the premises, it is to be inferred that the Defendants had carried out the aforesaid (or similar) activities since at least 2005.
The Court took the view that although the Plaintiffs could have connected the allegation of authorization with the act of reproduction better in their pleadings, it would border on inane technicality to conclude that authorization hadn’t been pleaded at all.
As to what amounted to authorisation, the Court quoted the definition provided in Twentieth Century Fox Film Corp v Newzbin Ltd [2010] FSR 21, which is as follows:
""authorise" means the grant or purported grant of the right to do the act complained of. It does not extend to mere enablement, assistance or even encouragement. The grant or purported grant to do the relevant act may be express or implied from all the relevant circumstances. In a case which involves an allegation of authorisation by supply, these circumstances may include the nature of the relationship between the alleged authoriser and the primary infringer, whether the equipment or other material supplied constitutes the means used to infringe, whether it is inevitable it will be used to infringe, the degree of control which the supplier retains and whether he has taken any steps to prevent infringement. These are matters to be taken into account and may or may not be determinative depending upon all the other circumstances."
To restate the above, an act is deemed as an authorizing one, provided it goes beyond mere supply of equipment which can be put to infringing use. The above definition goes a step further and states, rightly so, that even enablement, assistance or encouragement do not amount to authorization.
It’s hard to disagree with this proposition, but one wonders what difference would it make if enablement or assistance or encouragement were to be pleaded instead of authorization? In terms of establishing existence of liability, I am not sure it makes a difference. However, it may certainly affect practical apportionment of liability in terms of damages.
On the specific facts of the case, the Court took the view that the German defendant was in complete control of the content being reproduced in its pop-up windows. This, the Court opined, justified its conclusion that a case of "authorization" had indeed been made out.
I am not clear as far as this finding is concerned because "authorization" is to be construed as referring to authorization of the infringing act i.e. reproduction within the territory of UK Courts. Merely because the German Defendant had complete control over the contents being reproduced on its own website, how did it follow that reproduction within UK by UK-based entities had been "authorised" by the German defendant?
I would think that authorization would have been made out only if the German defendant had authorized the linking of its contents by the UK entities. Since the website of the German Defendant is universally accessible, the Plaintiffs ought to have shown that there was specific express or implied authorization by the defendant to UK entities to link back to the reproduced content. In the absence of any proof of any such authorization, UK Courts ought not to have seized the matter.
If I have mis-read the judgment on this issue, I welcome corrections.
The other essential findings of this judgment will be discussed in the next post.
Posted by J.Sai Deepak at 8:19 PM