"Practise" as Patent Agents: Scope and Effect of Prohibitions 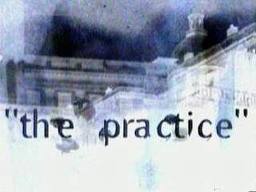 Section 129 of the Patents Act deals with restrictions on practise as patent agents. It reads as follows:

(1) No person, either alone or in partnership with any other person, shall practise, describe or hold himself out as a patent agent or permit himself to be so described or held out, unless he is registered as patent agent or, as the case may be, unless he and all his partners are so registered.
(2) No company or other body corporate shall practise, describe itself or hold itself out as patent agents or permit itself to be so described or held out.
Explanation: For the purposes of this section, practise, as a patent agent includes any of the following acts, namely,—
(a) applying for or obtaining patents in India or elsewhere;
(b) preparing specifications or other documents for the purposes of this Act or of the patent law of any other country;
(c) giving advice other than of than of scientific or technical nature as to the validity of patents or their infringement.

To the extent that a company cannot hold itself out as a patent agent (whereas a partnership firm can), the use of “person” in Section 126, which deals with patent agents, appears to be limited to natural persons alone.

The explanation to the provision is the more interesting aspect of the provision. It says that “practise” includes preparation of specification or documents even for the purposes of the patent law of a foreign country. Why does the Indian Act speak of preparation of patent application documents for a foreign patent regime? Why is the Indian legislature concerned about someone preparing a document for a foreign patent regime?

Does this mean the process of preparation of patent specifications for foreign regimes cannot be outsourced to someone who is not a patent agent within the meaning of the Act?

The other contentious aspect is that the explanation bars even “ giving advice other than of scientific or technical nature as to the validity of patents or their infringement.” Does this mean a lawyer who is not a patent agent cannot advice a client on issues of validity or infringement of patents?

Obviously these issues of validity (except for a post-grant opposition) and infringement of patents are not argued or agitated before the Patent Office. Such being the case, does the explanation of “practise” in the Act have the effect of barring all non-patent agent lawyers from tendering legal advice on validity and infringement of patents? If advice cannot be tendered, can such lawyers argue on these issues before the Court? Isn't this a question which is to be addressed under the Advocates Act?

I am sure senior practitioners have answers to these questions, I look forward to hearing from them.