Moving Past the “isms” and Stereotypes in the Indian IP Discourse 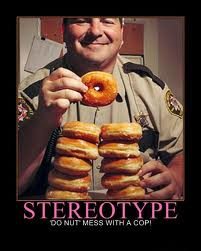 For quite some time now, the Indian IP discourse has been fraught with unrestrained stereotyping. Either one is dubbed “pro-patentee/pro-right holder” or “pro-public interest”, as if these are always entirely mutually exclusive, besides giving the false impression that opinions necessarily stem from ideological proclivities and can never be issue or fact-based.

I am not going to wax eloquent on the virtues of a “middle path”. Instead, I wish to deal head-on with stereotyping, motivated or otherwise, because if this trend is not resisted and nipped in the bud, any and every alternative or dissenting view will be silenced by slotting commentators in mutually exclusive and opposing factions.

One of the primary reasons that I want to deal with this trend is because it is a serious impediment to constructive ideation in the realm of Indian IP jurisprudence and policy. Instead of investing one’s creative energies in creating a consensus and forging practical/reasoned solutions which strike a balance between incentivising innovation and preserving the realm of commons, precious time is wasted in fending off biases which are encouraged and perpetuated for multiple reasons. The most prominent reason typically is an insatiable hunger to remain the loudest and the most popular voice in a discussion. This is truly the worst possible reason any person could have for taking a shrill tone or an extreme stance on an issue of manifest public interest. And to put it mildly, this need to be heard the most is symptomatic of an exhibitionistic streak, which I think needs professional help.

It doesn’t take an IQ of 200 to realize that the consequence of this trend is that the issue/subject takes a back seat, and individual egos come to the fore. It is certainly possible and perfectly acceptable that two people may never see eye-to-eye on any aspect of any issue, but then the genuine way in true academic tradition to address the ideological chasm is to debate and disprove, or to agree to disagree, instead of promoting a whisper campaign that only results in turning the chasm to a schism.

For instance, my PIL against the customs notification on Section 107A(b) of the Patents Act, which was dismissed on grounds of lack of locus standi, has been sought to be portrayed as part of some fictitious campaign to undermine international exhaustion in the context of patents in India. The larger perception that is being pushed by those who give motivated fodder to such a sentiment is that I am supposedly an active pro-patentee commentator. Nothing could really be further from the truth. Critically, I do not and I repeat, I do not think it is hara-kiri to take a pro-patentee stance. After all, every debate needs diversity of thought, and I have a right to hold an opinion.  Importantly, thus far, I can safely state that my opinions have been guided by reason, rigorous legal research and experience.

My stance on Section 107A(b) is not driven by any ideology. It was and remains an exercise in legal research which I undertook at a point when I felt that a particular line of thought was being accepted unquestioningly without exploring the possibility of an alternative view (here’s a detailed article I wrote on Section 107A(b) in the IJIPL). In fact, I have absolutely no issues in considering the possibility of my interpretation of the provision being wrong. But then, that is not the point.

The point is this- analysing a provision in a certain way must not be or become politically incorrect merely because patentees could benefit from it. After all, some of the stated objects of our Patents Act, as reflected in Section 83, are as follows:

(a) that patents are granted to encourage inventions and to secure that the inventions are worked in India on a commercial scale and to the fullest extent that is reasonably practicable without undue delay;

(c) that the protection and enforcement of patent rights contribute to the promotion of technological innovation and to the transfer and dissemination of technology, to the mutual advantage of producers and users of technological knowledge and in a manner conducive to social and economic welfare, and to a balance of rights and obligations;

Besides, examples abound where in the course of my analysis of a particular case or decision, I have come to conclusions which the patentees in those cases may not agree with. For instance, I wrote two fairly detailed posts on the violation of Section 8 by the patentee in Roche v. Cipla. In that case, I took the clear view that having arrived at the conclusion of violation of Section 8, the Court ought to have revoked the patent on Erlotinib. This was not based on any prejudice or bias. Instead, it was an opinion based on the need for logical consistency and proper statutory interpretation. Again, I agreed with the critical findings of the Supreme Court in the Novartis case.

This is not to say that I have never taken a stance which is beneficial to patentees. However, these opinions were an exhortation to strike a balance in the way our Courts enforce patents. Having handled IP matters in the High Court and the IPAB, I have enough experience and conviction to back my opinions on the manner and quality of IP enforcement in India. Therefore, one finds it unfair and a tad bit unscrupulous when genuine opinions are silenced through a sub-radar campaign.

I have tried my best to observe restraint in ignoring these motivated voices by focusing on the subject, but now it has come to a point where it is important to speak out lest silence is mistaken for weakness or lack of conviction . I think it would help to bear in mind that the primary reasons for writing on IP issues on informal fora like blogs are to increase one’s own conceptual clarity, to contribute to IP awareness and to engage members of the public in a discussion on an issue which is bound to affect them. It appears that this initial spirit of idealism has slowly given way to an atmosphere of one-upmanship and avoidable negativity.

One sincerely hopes that this is a passing phase, and that gradually the spotlight will be back on the subject.
Posted by J.Sai Deepak at 7:52 PM