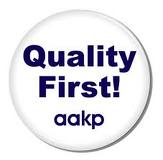 A couple of weeks ago, a friend and I were having a discussion on potential areas of rationalization in India’s patent law. One area that we, as ardent followers of patent law, discussed was the need to test candidates thoroughly before they are registered as patent agents. (We have earlier discussed issues relating to the practice of patent agents in a few posts)
To qualify in the examination, particularly the drafting part, one requires practice. I don’t think I am the first person to say that the art of patent drafting cannot be divinely acquired at the time of the examination; it needs consistent practice.
This being so, wouldn’t it help to have a mandatory provision in the law where a candidate who applies for the patent agent examination must have worked under a registered patent agent for at least a year or so?
This proposal isn’t new or radical; the Singaporean Patent law already envisages this. Rule 6 of the Patents (Patent Agents) Rules 2001 spells out the entitlements for registration as patent agent in Singapore. The said provision reads as follows:
6.  Subject to rules 7 and 8, an individual is entitled to be registered as a patent agent if he —
(a)  is resident in Singapore;
(b)  holds a university degree or equivalent qualification approved by the Registrar;
(c)  has passed the course specified in Part I of the Third Schedule;
(d)  has passed the examination specified in Part II of the Third Schedule; and
(e)  has completed internship in patent agency work under the supervision of a registered patent agent, or an individual registered as a patent agent or its equivalent in a country or territory, or by a patent office, specified in the Fourth Schedule, for —
(i)  a continuous period of at least 12 months; or
(ii)  a total period of at least 12 months within a continuous period of 24 months.
The course referred to in clause (c) is the Graduate Certificate in Intellectual Property Law course conducted by the Faculty of Law, National University of Singapore. The examination referred to in clause (d) is the Patent Agents Qualifying Examinations conducted by the Registrar comprising 4 Papers. Clause (e) requires at least 12 months of continuous internship under a registered patent agent.
What is to be noted is that clause (e) also recognizes an internship in foreign jurisdictions which have been identified in the Fourth Schedule to the Rules. Having said this, I must admit I was surprised to find subjective exemptions to Rule 6 in Rule 8.
Under Rule 8, the Registrar may exempt an applicant from the requirement of Rule 6(c) if he is satisfied that an applicant for registration as a patent agent is sufficiently proficient in IP law. Similar exemptions are provided from requirements of Rules 6(d) and (e). This means the applicant need not even appear for the qualifying examination provided he furnishes evidence to the Registrar for him to satisfy himself of the proficiency of the applicant.
I am not sure if such exemptions would work in India given the numbers, and also because one can never be sure of the transparency of the Indian process. That said, what we could certainly take a leaf out of is the requirement of an internship. This way, we would know that a registered patent agent is not raw, but is at least semi-finished to handle patent applications and to advice clients with some degree of confidence, which is borne out of experience.
The other point to be noted is that there is no provision for a Viva Voce. The examination basically has 4 papers, the first relates to specification drafting, the second to amendment of a specification, the third relates to claim construction to determine validity and infringement and the fourth relates to knowledge of patent law and practice in Singapore.
Even the European Patent Office does not envisage a viva voce in the European Qualifying Examination. Of course, the exam is held over a marathon duration of 20.5 hours, which I think is a fairly rigorous way of filtering candidates!
Viva voce may or may not be an important issue, but the larger point in the big picture is that the quality of candidates who qualify for practice must not be sub-par. Ultimately, patent jurisprudence is applied every time a claim or a specification is drafted, therefore it is imperative to ensure quality at the most fundamental level before we start asking for specialized IP benches.
Posted by J.Sai Deepak at 6:11 PM