Patent Injunctions: Isn’t it Time to Get Out of the Rut? 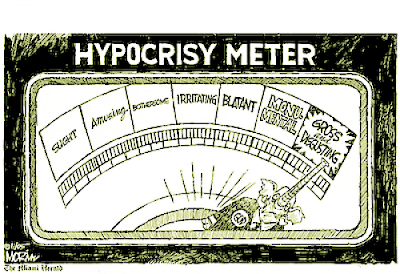 It has become customary for defendants in patent infringement suits to cite judgments without ever addressing the facts of the case or applying precedents to the facts of the case. (I have written on similar lines earlier)
Standard arguments are- “The patent is recent”, or “injunctions ought not to be granted in patent matters”, both of which, according to me, are preposterous and baseless inanities.
I think these arguments have become convenient exit routes for Courts to avoid deliberation on technology in patent matters and to reduce the scope of arguments to these simplistic issues, which ironically have no basis in the statute.
In particular on the issue of recentness, I had written in the IAM Magazine a few months ago. I had written that one so-called rule of caution that was observed for several years by Indian Courts in patent suits, is the ‘six-year rule’.
This rule was originally prescribed in Terrells on Patent (Ninth Edition). In this book, according to the author, unless the patentee could show undisturbed possession for 6 years, he is not entitled to an interim injunction. This rule was subsequently applied by the Madras High Court in Manicka Thevar v. Star Plough Works (1965).
Fortunately, it was the Madras High Court in Mariappan v. Safiullah (2008) that observed that the 6-year rule has no place under the current framework (if at all it ever had a place).
Ironically, although the 6-year rule was done away with, our Courts again invented the “recent patent” rule. In Hindustan Lever v. Godrej Soaps (1996), the Calcutta High Court took the view that an interim injunction should not be granted if the patent sought to be enforced is a “recent” one.
The Bombay High Court applied this “recent patent” rule in Novartis Ag v. Mehar Pharma (2004) citing the Calcutta High Court’s decision in Hindustan Lever.
Thankfully, the Madras High Court interpreted the Hindustan lever decision in Novartis Ag v. Adarsh Pharma (2004) and rightly observed that the Calcutta High Court had never stated that an interim injunction must never be granted where the patent is of recent origin.
That said, the “recent patent” rule continues to be invoked in patent matters which baffles me no end. Funnily, the continued use of a “recent patent” rule militates against the very objective behind doing away with the 6-year rule. What is the logic behind introducing something so vague called “recent patent” after shunning the 6-year rule?
Not just that, Section 11A(7) specifically says that from the date of publication, an applicant for a patent has “like rights and privileges” as that of a patentee. If the intention of the legislature was to forbid enforcement of a so-called “recent patent”, then how does Section 11A(7) grant an applicant “like rights and privileges”?
In other words, does not the “recent patent” rule go against the express intention of the legislature as reflected by Section 11A(7)? What is surprising is that we seem to adhere fastidiously to dated precedents without checking if they are consistent with the law as it exists today. Its more of a “cut/copy-paste” job...
To me the “recent patent” rule reeks of an anti-innovator mindset which is probably a hangover from our cozy relationship with the erstwhile Soviet Union.
It is my opinion that arbitrary notions such as “recentness” must be done away with and patent jurisprudence must be based on something more concrete and reasonable. Most rules of caution which are applied to enforcement of patents have the objective of preventing enforcement of unworked patents by trolls.
This means, interim relief ought not to be denied in cases where the patentee satisfies working requirements under the Act, regardless of how recent the patent may be.
Also, given the high rate of obsolescence of technology, use of the “recent patent” rule makes no commercial sense. Courts must recognize that intellectual property rights, particularly patent rights, are not academic rights. They function in the realm of business, and so business realities must be acknowledged.
If patent grant itself takes 2-3 years at a minimum, and then the patentee has to wait for another 2-3 years before he overcomes the “recentness” barrier, effectively he has no protection for 6 years in a term of 20 years, by which time the technology may become obsolete.
By insisting on such a rule, haven’t we brought back the 6-year rule through the back door?...
Posted by J.Sai Deepak at 3:10 AM