When is a “Well-Known” mark a well-known mark? 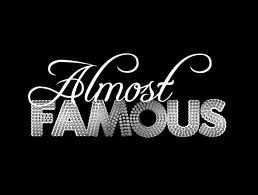 In an earlier post, I had written on the distinction between “goodwill” and “reputation” of a trademark. I had also written on how reputation alone is sufficient for a well-known mark to exercise its exclusionary prerogative against third parties in a foreign jurisdiction.
However, there are a few nuances of well-known marks that I had reserved for this post to explore and explain.
It must be understood that intellectual property rights are, by default, territorial rights. Therefore, any rule which is an exception to this default mode of territoriality must satisfy certain stringent conditions in order to be enforceable.
A well-known mark is an exception to the rule of territorial application of trademark rights, and therefore, the owner of a well-known mark too must meet certain essential conditions beyond reproach. What might those conditions be?
Before I proceed any further, I must clarify that when I speak of enforcement of a well-known mark in a foreign jurisdiction, I refer to a situation where the owner of the mark does not have a registered trademark in the foreign jurisdiction, nor has he used it in the course of business in that foreign jurisdiction. In other words, his only justification for the enforcement of the mark is its status as a well-known mark i.e. “reputation”.
For the owner of a well-known mark to have the ability to preclude third parties in foreign jurisdictions from using the mark in the same field of business, the mark should have become well-known prior to the date of adoption of the mark by a third party in the foreign jurisdiction.
Let’s take “Infosys” as an example, which was founded in 1981 in India. Let’s assume that in 1985, a Brazilian entity had adopted “Infosys” in connection with the same field of business.
In the absence of a registered trademark in Brazil, and in the absence of use of the mark by Indian Infosys in the course of business in Brazil, would it have been possible for the Indian entity to prevent the Brazilian entity in 1985 from using the mark? The answer to this question is as follows:
1. The only way the Indian entity could have done so, is if it could have proven that before the date of adoption of the mark by the Brazilian entity in 1985, the Indian entity’s mark enjoyed a well-known status. In short, it had a reputation to reckon with before 1985.
2. This requirement needs to be qualified further. It is not enough for the Indian entity to show that it enjoyed a reputation in several jurisdictions. It is imperative to show that the entity enjoyed a reputation in Brazil before 1985. This has to be established on the basis of advertisements, trade talk, anything that can objectively establish knowledge of the Indian entity in Brazil prior to the adoption of the mark by the Brazilian entity.
Seen from this perspective, the requirement of “local reputation”, although without actual use in the course of trade, has the effect of “territorializing” the jurisprudence of well-known marks.
The corollary to this proposition is that, at a given point in time, it is perfectly legitimate for different entities in different jurisdictions to use the same trademark, without having the right to exclude others in foreign jurisdictions. This is similar to different entities holding patents in different jurisdictions on the same invention.
One judgment that is worth reading on this issue is Roca Sanitario S.A. v. Naresh Kumar Gupta
More on this later...
Posted by J.Sai Deepak at 12:51 AM