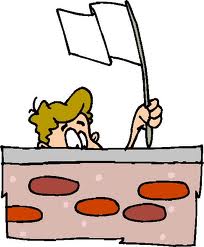 Surrender of patents and its implications are not usually discussed, probably because it is not an option employed by patentees as often as revocation is by defendants, or at least not reported when employed.

Section 63 of the Patents Act deals with surrender of patents. It says that a patent may be surrendered by a patentee at any time by giving notice to the Controller. The corresponding rule is Rule 87, however the rule does not prescribe a particular form, so I am guessing any form which comes closest for this purpose may be used after modifying it suitably (Rule 8(2)).

What happens when a patent is surrendered? Does it go off the register as a matter of course? Section 63(4) says the Controller may hear any opposition to the surrender of a patent, and by order revoke the patent.

Does the Controller have to mandatorily revoke a patent which a patentee wishes to surrender? Rule 87(4) is categorical in saying that after receiving the patentee’s offer of surrender, the Controller “shall” by order revoke it, and publish the revocation.

For quite some time, I was under the impression that revocation does not mandatorily follow surrender because I was of the view that post surrender the patent would revert to the State vesting the State with the same rights as the patentee. Turns out that although the logic is appealing, the Act says otherwise.